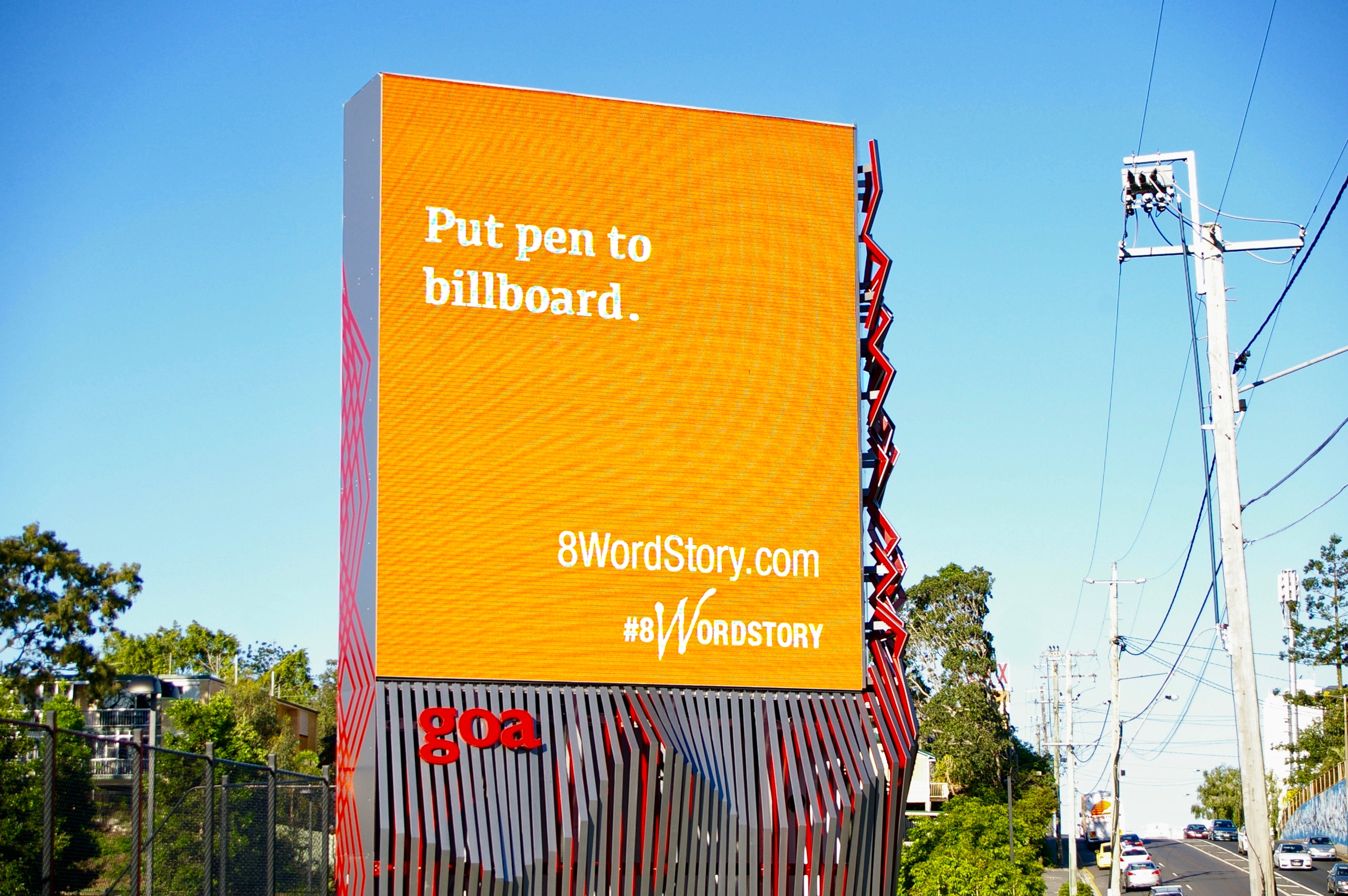 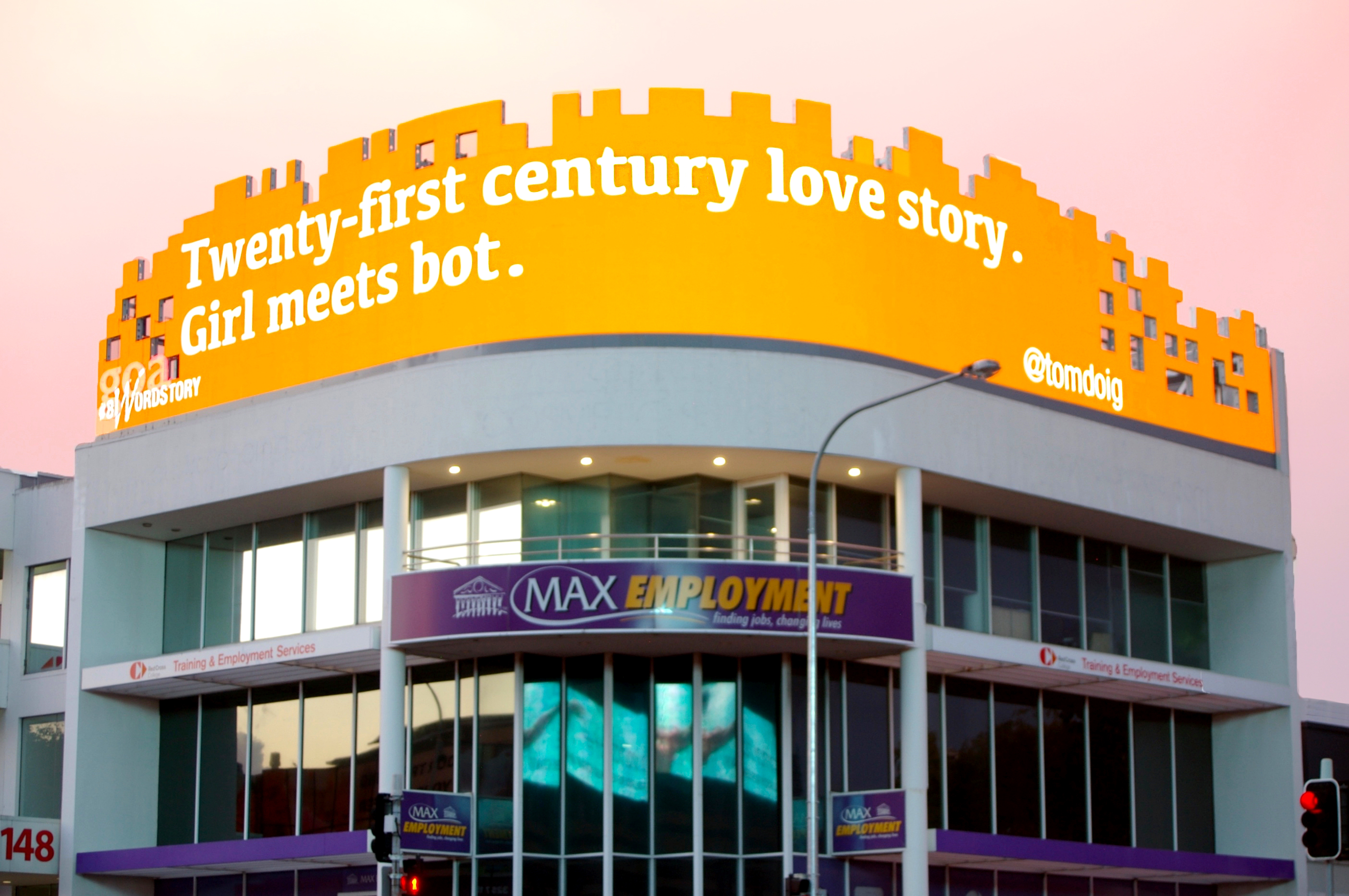 When it comes to writing a great billboard, brevity is key. And the same can be said for a great story. Why not bring the two together? And encourage local writers to put pen to billboard.

The campaign called for story submissions, which were judged by professional authors. Winning stories were published on billboards. #8WordStory was one of the winning entries in GOA’s Community Partnerships pitch. New York Times bestselling authors, politicians, and well-known media personalities submitted their own #8WordStory. Schools even got in on the action – with teachers using it as a class exercise.

8 Word Story won OMA’s Best Use of a Technology and Innovation Build award.
The campaign ended up with 10,749 entries over a period of four weeks. Not bad for an idea about eight little words.